1. Do you build organic matter in the soil?

Organic matter – carbon – may be the most important indicator of a farm’s productivity. The amount of soil organic matter often determines the price farmers will pay to rent or buy land.

“Finding a farmer who is interested in building organic matter by using practices like no-till and cover crops is like finding a bank with a better rate on a Certificate of Deposit,” Fisher says.

2. Do you test the soil at least once every four years?

Optimizing fertility and pH levels is important to your farm’s productivity. Regular soil testing can give an indication of trends in soil fertility, pH, and levels of organic matter in a field. These tests help determine the amount of fertilizer each field needs and potentially saves money for farmers on fields with adequate or high fertility.

New soil tests that indicate active carbon levels and populations of important soil biology are also available to help monitor soil health. If a field has a history of manure application and very high fertility, for instance, a farmer could potentially plant cover crops to keep those nutrients in place rather than applying more nutrients that may not be needed. 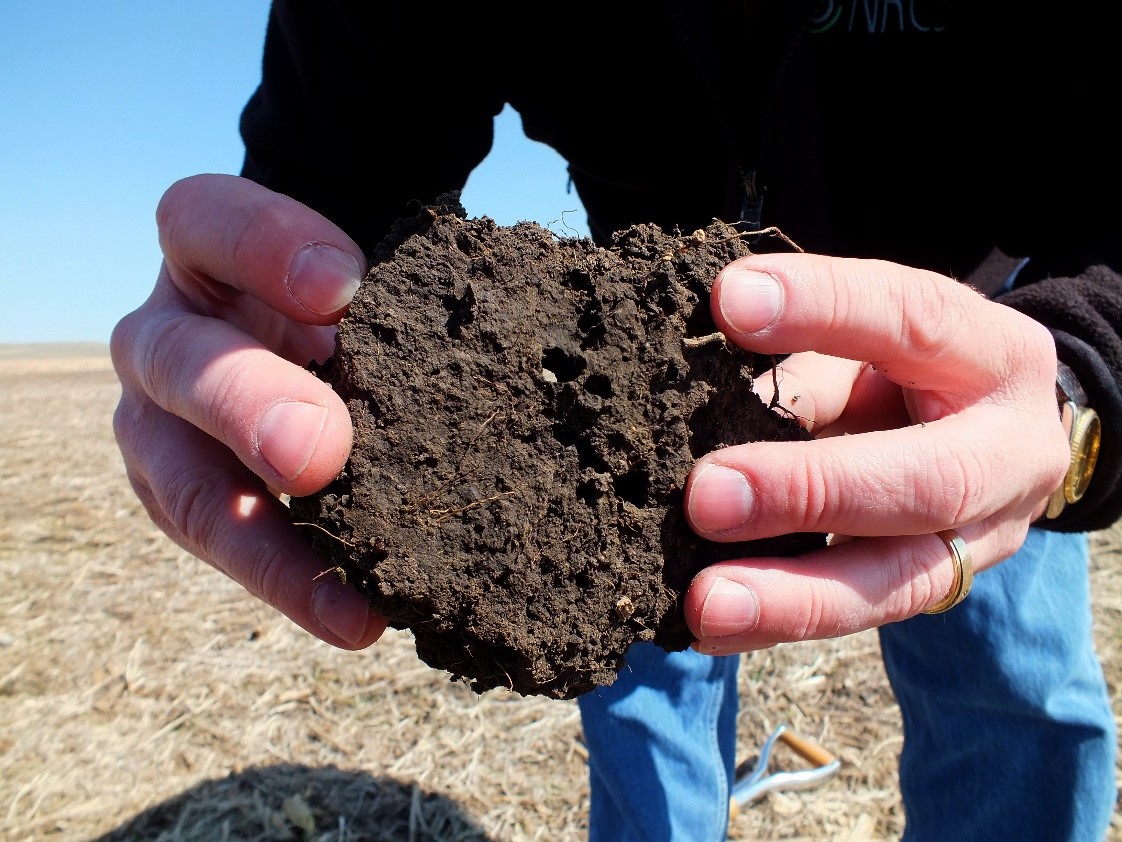 Healthy soil generally looks dark, crumbly, and porous, and is home to earthworms and other organisms. Fisher recommends soil tests at least every four years to learn about factors you can’t necessarily see, such as pH and fertility.

3. Do you use no-till practices?

Some landowners like the look of a clean-tilled field in the springtime. But that “nice look” can be very short lived.

“The reality is, a field that has bare soil is subject to erosion and loss of organic matter since it no longer has the protective cover from the crop residue on the surface,” Fisher says. “No-till farming utilizes the crop residue to blanket the soil surface and protect it from the forces of intense rainfall and summer heat. This protective blanket will conserve moisture for the crop and prevent loss of soil from wind or water erosion.”

4. Do you plant cover crops?

“The green-growing cover is collecting solar energy, putting down roots and providing habitat when the soil would otherwise be lifeless and barren,” says Fisher. “This habitat provides food and shelter for a broad population of wildlife above ground and beneficial organisms below ground.”

Cover crops hold onto nutrients left from the previous crop and release them to the next crop. The solar rays these plants collect are powering photosynthesis, taking in carbon dioxide from the atmosphere to produce food for organisms living in the root zone. Cover crops also build nutrient-rich organic matter in the soil and improve the soil’s ability to take in water. 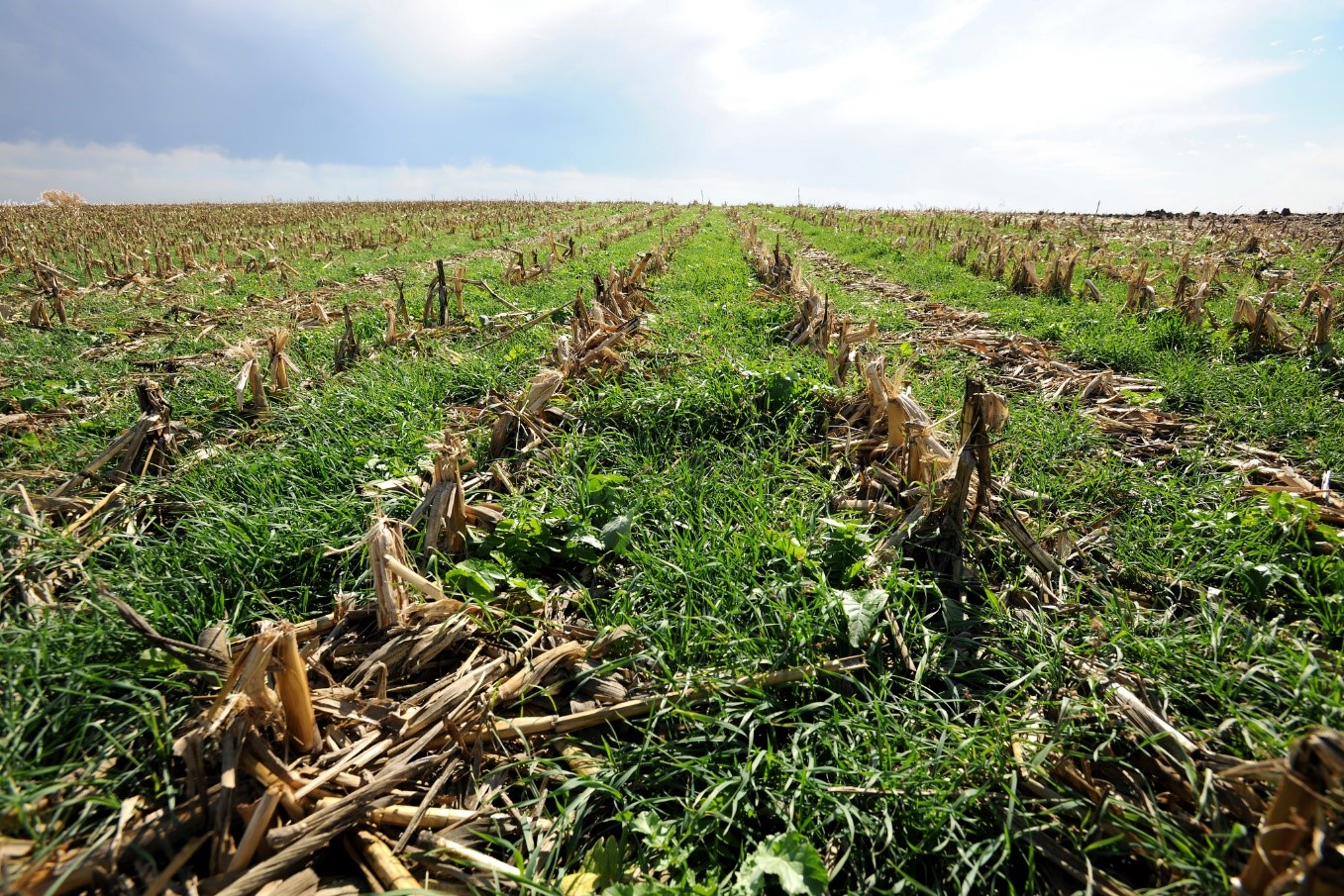 5. What can we do together to improve soil health on my land?

According to Fisher, the duration of the lease agreement is perhaps the most critical matter in encouraging the adoption of soil health management practices.

“Farmers can actually build the production capacity and resiliency of their landowner’s soil, but it may take several years to realize the full benefits of doing so,” Fisher says. He suggests that landowners consider multi-year leases to provide tenure security for the tenant. Longer tenures give both landowners and tenants more opportunities to improve soil health and benefit from the resulting production and profitability gains.

“Improving soil health can provide long-term, stable dividends for you, your family, and your farming partner,” Fisher says. “Improving soil health also can decrease the effects of flooding, make food production more resilient to weather extremes, and improve the health of water and wildlife.”

Fisher encourages landowners to learn more about the basics and benefits of soil health management systems and begin the soil health discussion with their farming partners right away.

“Whether you own or rent your land, everyone has a great stake in improving the health of our soils,” he says.

Farney, who is at the Southeast Research and Extension Center in Columbus, Kansas, has been performing studies on what forages cattle prefer. She’s using summer cover crops, or annual forages, in re-purposed protein tubs. They’re then offered to cattle to determine preference.

“I have grown eight plant species in each growing period and offered the plants to the cows in two 24-hour sessions,” she said. “We recorded their behavior for the first hour after introduction to the plants and they were video recorded through the remainder of the time to see which plants they completely consumed and in which order.”

The study wants to help producers make decisions about which cover crops to plant when incorporating grazing.

“There is a laundry list of plants that contain useful cover crop benefits and it becomes daunting to select the species that will meet your operation’s objectives,” Farney said.

When deciding what plant species to sow, Farney said there are two trains of thought.

Purposefully plant only those species that cattle will consume to maximize land usage or gains along with capturing some cover crop benefits; or

Strategically plant species that cattle are averse to in order to leave appreciable biomass in the field for soil health objectives.

“With these two things in mind I was interested in seeing how cattle that were completely naive to cover crops consumed these plants,” Farney said.

Initially, Farney has found the most preferred plants include: Barley, Austrian winter pea and Graza forage radish (tie), mustard, Impact collard, Trophy rape, and purple top turnip (all fairly the same in preference). Last was Bayou kale. Her preference information was collected prior to a freeze.

“Stay tuned to next year to find out what their preference to these same species are when grazing after a killing freeze,” Farney said.

For summer grazing, in order from most preferred to least includes: Brown mid-rib forage sorghum and sorghum-Sudan (tied for first), pearl millet, Black oil sunflower and sun hemp (tied for third). Least favorite with little to no difference (strongly objected) were mungbean, okra and safflower.

Farney said there is some learning in both the cattle and the researchers associated with these summer grazing plants.

“The first day exposed nearly all the cows did not even try the okra, but the second day they consumed them before mungbean and safflower,” Farney said. “Another interesting comment about the summers, all grazing occurred when the sorghums were 2 feet tall to minimize prussic acid issues.”

For the sorghums, grazing occurred 35 days after planting. The sunflowers in that time frame were very small and immature (6 to 8 inches tall at the most) while the mungbean and okra had leaves that were over 7 inches in diameter.

“Preference studies become difficult to quantify as cattle do learn and modify grazing behavior especially after that first introduction to new plants,” she said.

“I would stay away from really expensive components of mixtures because there is a greater chance of crop failure with no moisture,” she said. “There is some literature that shows that a few different plant species as a cover crop have some environmental lee-way.”

Farney leans heavily on the grass component of a stocker cover crops plan.

She limits brassicas to a 1 pound per acre with maximum of 1.5 pounds of brassica seed per acre. Amounts over this can cause the brassicas to outcompete the grass species and reduce grass tonnage. For fall forages, the grass and brassica species offer enough protein to the animal.

“Younger calves have a stronger aversion to the broadleaves and brassicas than cows do and this can potentially hamper gains for a short duration until they begin to consume these plants,” Farney said

“In Kansas, from my research and measuring producers fields, we rarely get any fall growth of legumes,” she said. “This is an expensive component of the mixture and with the combination of low to no-growth and no need for additional protein to meet calf requirements, I do not include legumes in fall covers.”

Farney suggests oats and barley—both spring and winter varieties—to those looking to graze something other than native grass as they offer the earliest, quickest growth. Triticale is intermediate and wheat and rye will have the majority of their growth late winter and early spring. Turnips and radishes have a very rapid growth rate, but once a freeze happens, they don’t generate any more dry matter. Grass species continue to have some growth as the season goes on.

During and through a drought, the reduced availability of forages hurts stocker producers the most.

“If forage is severely limiting, alternative methods of growing these calves need to be implemented,” Farney said.

She said Dale Blasi at the K-State Stocker unit has been doing interesting research that shows that limit feeding stocker calves can be a viable management strategy.

“These calves gain as well as contemporaries on less feed,” Farney said. “This allows us to stretch our forage and feed base.”

With the option of several high energy feedstuffs, when limit fed and balanced in the ration become an economical option to forage only, especially at elevated prices due to low supply and high demand.

“Substitution is another thing to consider with stockers,” Farney said. “We are essentially wanting to feed more of something else so they eat less grass or hay.”

Corn has commonly been identified as the culprit of reducing free-choice hay and grass consumption, according to Farney. A general rule of thumb for supplementing corn is 0.3 percent of the animal’s body weight or less will not reduce forage consumption. A level above that can reduce it. At 0.75 percent of body weight, for each pound of corn they will consume one pound less forage on a dry matter basis.

“It is still important to make sure to meet protein requirements,” Farney said.

Kylene Scott can be reached at This email address is being protected from spambots. You need JavaScript enabled to view it. or 620-227-1804